What goes up must come down: Loopholes close for private jets

“It was definitely a thing, it was happening,” says a private jet pilot about reports of the wealthy hopping in their own ‘planes to escape the rapid global spread of the COVID-19 coronavirus. “They were flying off to their other residences. But it’s becoming more difficult.”

That’s because even the luxury loopholes are closing worldwide as countries – including many in Latin America such as Costa Rica which are popular as second homes for the American wealthy – have already shut down or partially closed their borders.

Money talks, but not so loudly

“The rich are used to getting what they want, just hopping in their ‘plane and riding above the fray,” says another source in the luxury aviation area. “And private pilots have lots of tricks – some less legal than others. They’ll fly into airports at night when the guys in the control tower have gone home, in countries that don’t have resources to control their airspace. Sometimes the passengers will just deplane and jump the perimeter fence to get where they’re going.”

Confronted with the spread of what’s been classified as a pandemic by the World Health Organization, authorities in such countries are cottoning on and lying in wait to arrest transgressors, but money talks and bribery of officials to turn a blind eye is still an issue.

What are most private jets used for?

“There’s no clear definition of that, but trust me, a lot of private jets are used for shifting families around,” says designer Rick Roseman, founder of Richard Roseman Luxury cabin interiors for aircraft and yachts. “People buy them for tax advantages because they’re a business tool, but in the U.S. and in Europe, I’d say the preponderance of flights in the upper tier of the Gulfstream and Global 5000 category are used for families.”

This safety-focused ad by NetJets illustrates his point.

In terms of logistics and finances, a private aircraft can be very convenient. A jet owner working in London, for example, who has his family in Dublin and the jet in his wife’s name, can hop in the car at the end of work and drive straight to the ‘plane for a very well-balanced commute.

Some of us will have travelled on private jets at the invitation of owners or wealthy business people who charter them.

“I would have preferred to have taken a commercial flight,” admits one such traveller. “It’s a more convenient way to travel, but I wouldn’t say it was luxury. But the one I went on was quite small, only about six people, so it wasn’t very spacious. Daft as it sounds, there’s a hierarchy in private jets.”

There is indeed. As Rick Roseman explains, although there are now many more billionaires all over the world, single ownership of the top category private jets where he’s spent his career remains a small world – and the owners won’t be names most of us have heard of.

“A-lister movie stars can’t afford the top tier, the transportation carriers (TCs),” he says. These are the big ‘planes we’re familiar with – the Boeings or Airbus craft with a single or double aisle configuration where several hundred of us will be seated. “There are thousands and thousands of business jets worldwide, but single ownership of TCs numbers in the hundreds only.”

The single-aisle option would cost an owner around $80 million, plus $30 million upwards for customised outfitting. The double aisle price tag is $200-300 million.

“Some Middle Eastern or Russian owners will spend another $200 million just on the interior,” says Roseman. “That’s the whole point of buying a ‘plane like this – you can have the bedroom where you want, overhead features, pretty much the configuration you want. Some things, like open water as in a hot tub, or larger windows, haven’t been possible, but now Boeing’s offering beautiful long, lateral ‘vista windows’ and I’d expect to see more of that in the future.”

Ironically, these one-off aircraft are called ‘green planes’ when they are delivered to their new owner because although the interior design, engineering and certification should have been sorted out during the building of the aircraft, the cabin area is just an empty shell.

Now, if you were thinking of a different kind of green, it turns out that sustainable fuels are being adopted at approximately the same rate across commercial and private aviation, auguring well for the environment’s future.

Meantime, COVID-19 continues to re-define luxury as we all re-assess our notions of freedom and movement, and our own travel’s impact on the world we share. 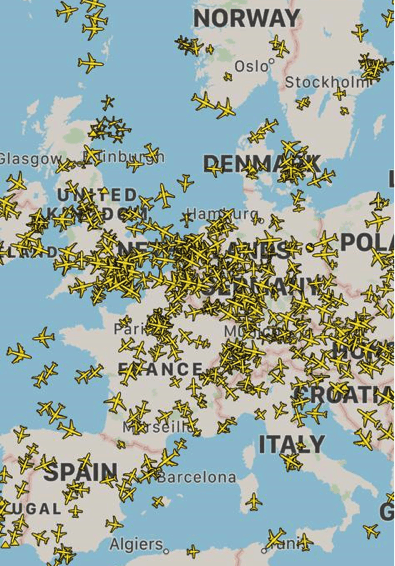 As Roseman says of luxury ‘plane interiors, “No matter how much space you’ve got, it’s still a tube.”

Luxury leather goods: How much do we care about provenance?

Luxury leather goods: How much do we care about provenance?