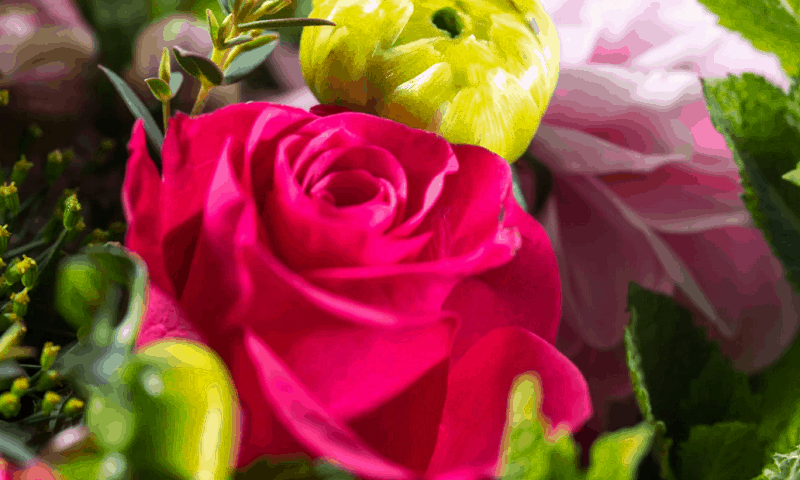 “Flowers can seem ridiculously extravagant, but that’s why they’re so powerful,” says luxury floral designer Elizabeth Marsh. “There’s no self-interest, they just tell the recipient, ‘I see, hear and understand you’ – you cannot underestimate the power of that.”

From the nervous bride to the five-star hotel or corporate events manager, clients need to be understood, says Marsh, who is a great believer in flowers as a point of engagement as well as communication. “We’ve fine-tuned the art of nailing the client vision. We express other people’s values through our designs.”

Unlike a lot of florists, Marsh’s studio, located close to the New Covent Garden Market which supplies many of her flowers, has stayed open throughout COVID, seeing a threefold jump in orders of bouquets and increased demand for funeral flowers.

It’s also taken part in the Blooming Heroes initiative to show support for frontline workers. “Anyone wanting to help, such as furloughed workers, could purchase a £20 posy from home which we would make up and deliver to NHS workers – we were delivering bagsful to St George’s Hospital – with £15 of each purchase going to the National Emergencies Trust.”

It’s a very different situation from the ‘Roaring Nineties’ when Marsh recalls that her most spectacular creations were in demand as “tens of thousands would be spent on private and corporate parties, and floral design was the ‘in thing’ in Society”. 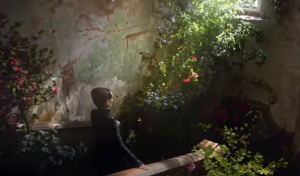 Detail from The Secret Life of Flowers by Baz Luhrmann

Yet it still reflects the universal power and desirability of flowers.

London’s luxury hotels – among the capital’s most opulent showcases for stunning flower displays – stood empty in times of COVID, the memory of floral beauties lingering on the air.

“Colleagues who have been into the hotel over the last three months have commented on how empty it looks without the flowers, especially the signature urns at the entrance of The Promenade,” Phil Hammond, Designer Florist at The Dorchester on Park Lane, tells us. “We’re known for our flower arrangements here at The Dorchester. We’re certainly missing the flowers during this challenging time.”

Despite being busy on social media giving tutorials on floral design, Hammond is particularly eager to return to The Dorchester’s own floristry workshop because the hotel has just launched its own rose, The Dorchester Rose. 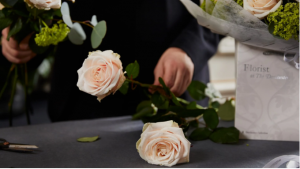 The result of a seven-year development and selection journey with family company Meijer Roses, it is “so important to us and such an honour,” says Hammond. He and his team will be using some 50,000 stems of the new rose alone (in a normal year) for the prolific displays in public areas and at events in the hotel.

…. is a multibillion-dollar industry managing the cultivation, transportation and delivery of delicate perfection.

Most (80%) of British florists’ supplies come via The Netherlands, still the colourful hub of the world’s bloom industry. Increasingly, African nations such as Kenya are turning to flower cultivation, changing the dynamics of the trade as explained in this BBC ‘Made on Earth’ flowers feature. 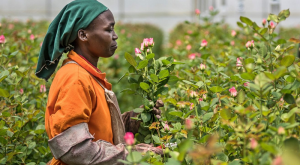 Sustainability and ethical considerations in the flower industry are increasingly important to everyone involved.

Hammond is a champion of the growers, exporters, wholesalers and delivery drivers involved in the industry, and is looking at different ways to go ‘foam-free’ so as to become more sustainable whilst not affecting the overall look and feel of The Dorchester’s floral designs.

“I’ve become a champion of Nature,” says Elizabeth Marsh, admitting that sustainability is complex. Her studio sends organic waste to a farm and re-uses packaging as part of its zero-landfill policy, and is looking at how to reduce water consumption.

She’s also developing a ‘plants/flowers as furniture’ alternative to plastic dividing screens as people return to workplaces in the post-COVID period. “There’s an element of anxiety at this time,” she says. “People’s values have changed. We want to be surrounded by Nature; employers would do well to make the work surroundings more welcoming.” 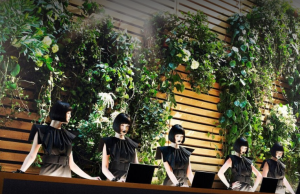 ‘The front cover of Wallpaper magazine where we turned their reception area into thus biophilic dream’, Elizabeth Marsh

Launching the first ever mch.london virtual boat race fundraiser in aid of Power2Inspire

Launching the first ever mch.london virtual boat race fundraiser in aid of Power2Inspire