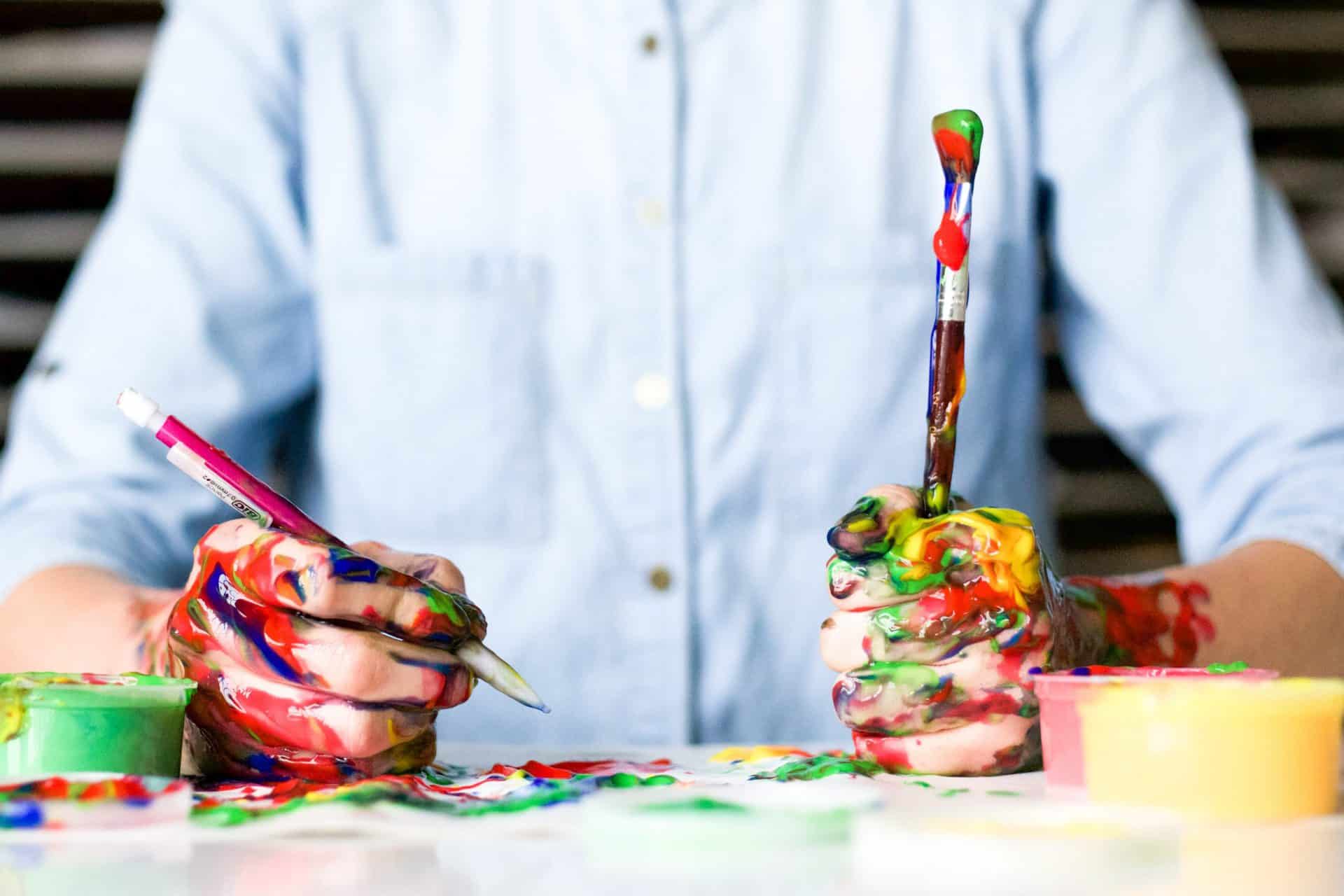 This is the first edition in a new monthly series by MCH London called Reflection Point, which aims to draw upon the careers and experiences of featured guests and industry innovators, as a source of inspiration for the ongoing practice of managing personal and professional ambitions.

As we’ve been adjusting to the #stayhome lifestyle that’s a necessary response to the global pandemic we face, the distinction between our “personal life” or “leisure time” versus “work life” has become an increasingly blurred space to define and navigate. Whilst this topic emerged from pre-lockdown conversations with inspiring leaders in their fields, reflecting on them during this time has unearthed a new sense of relevancy.

Understandably there are many people that aren’t in the position to consider this question, whether financially, physically or otherwise due to their personal circumstance. Whilst being mindful of this, the intention for our Reflection Point series is to bring additional food for thought to readers that have the capacity and desire to explore what the dichotomy of “work/life” might mean within their own personal and professional development – now and in the future.

The position of Publishing Director at British Vogue had never been held by a woman, let alone a woman of colour at the youngest age of all predecessors, until Vanessa Kingori MBE took the helm in 2018. The statuesque former model with an impressive background in publishing from titles including GQ, Esquire and the Evening Standard joined the stage with Susanna Cordner, the Fashion Historian and Curator at the London College of Fashion for an evening in conversation.

The live interview was part of the LCF in-conversation series called ‘Sartorial Stories’, which is open to the public and invites leaders from creative industries to bring in one item from their work or from their wardrobe that forms the basis of the discussion. Bringing in her favourite pair of Jimmy Choos, which elevate her 5”11 height beyond 6 ft, Vanessa’s personal journey is rich with lived wisdom and inspirational takeaways from her many accomplishments. 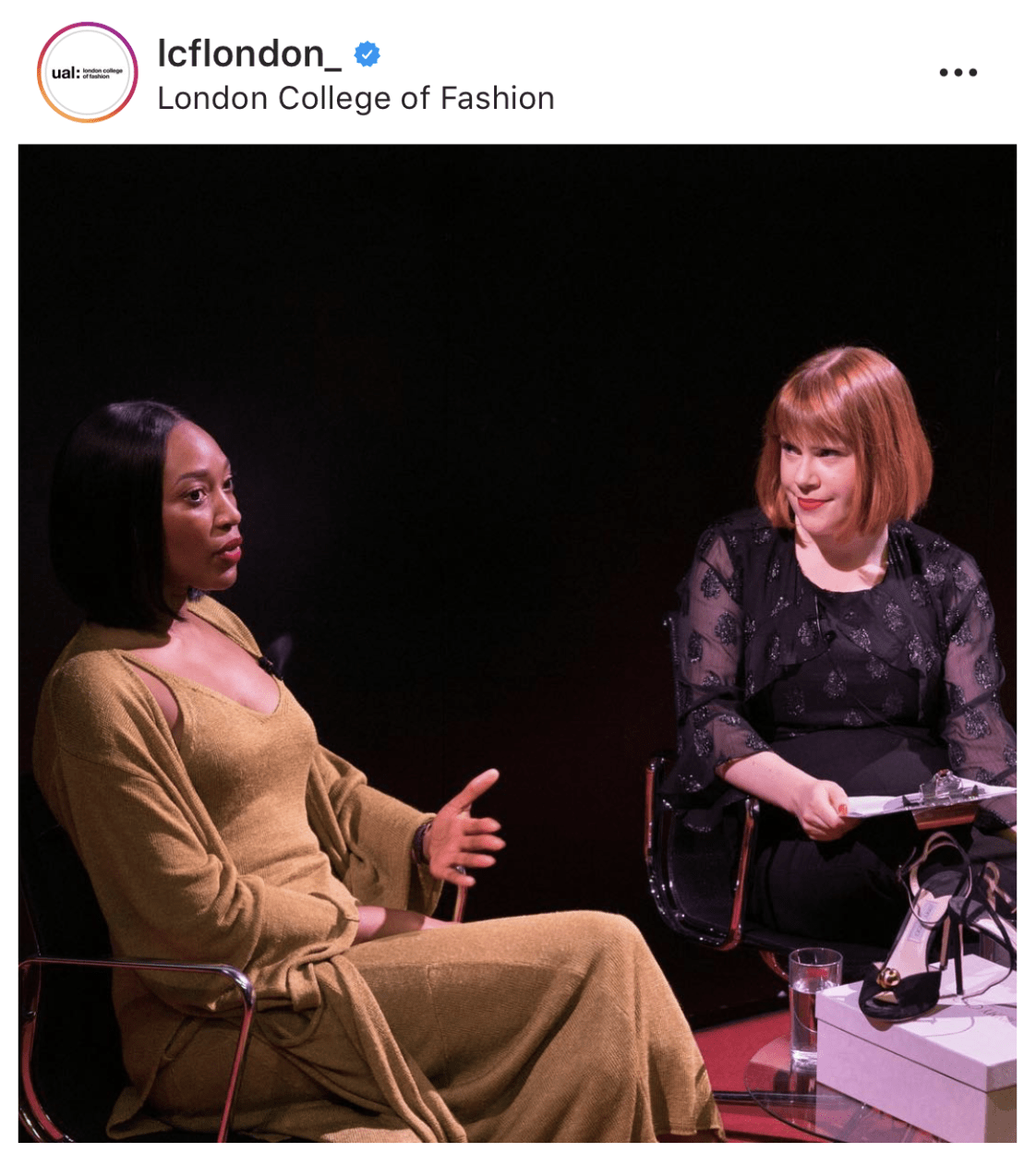 From the formative lessons in childhood and her early days at Hearst, Vanessa recalled how she was never complacent about roles and remained cautious about the positions that the majority of her peers were aspiring towards, instead she advised talent to, “create your own lane without too much pressure”. Whether first entering a sector or a new organisation, Vanessa reminds us that: “your personal goal should not be shaped by your colleagues or peers. Focus on why you’re there.”

Opposing the popular aspiration for ‘work/life balance’, Vanessa aims to maintain a ‘work-life blend’. This approach is about extracting back your own time to achieve a sense of flow between your professional and personal ambitions, such as following a work-trip with private travel – whether a long weekend in the location with your family or an extended holiday to another part of the country to claim time for yourself.

The management of time and demonstrating respect to those that give theirs up for you is central to Vanessa’s working style and is a theme that runs throughout her career, with ultimate testament to her conscious leadership being demonstrated by the team that followed her from Hearst to Condé Nast.

Operating in the fashion world, Vanessa aimed to signal change by choosing to not wear suits to communicate a shift away from predecessors in her role, “creating visual distinction is very powerful. It’s a quiet power rather than an over-assertion.” Another example of Vanessa putting this in practice was when she started wearing her high-heels at the office and at events. This change gave her additional confidence and presence, which empowered her to never be concerned about being taller than superiors in a room.

In terms of inward facing power, rather than the outwardly visual, Vanessa champions empowering words and intentions at British Vogue, whilst being open to challenging topics too. She addressed the “new Vogue language”, which is bringing further meaning to collaborations and directing change through a collaborative style, focused on partnership rather than coercion. “This approach has a normalising effect, dispelling commercial myths with real world proof. The impact of having Rhianna on the cover of the 2018 September issue signalled a new direction for the publication whilst demonstrating record-smashing sales and business metrics.”

Concluding the conversation, which touched on identity, time management and bringing your whole self to work, we wanted to explore these interconnected themes further with more thought-leaders in their fields.

Next month we take inspiration from Sweden to explore the concept of ‘lagom’ with the founders of an award winning farm-to-fork restaurant in Örnahusen.

Champagne in the time of COVID-19

Champagne in the time of COVID-19